Monaghan’s Josh Moffett scored a runaway victory in the Limerick round of the Valvoline Forest Rally Championship, which he won last year. His Fiesta was more than a minute clear of Desi Henry’s Fabia at the end after leading from start to finish.

Full Result from Shannon Sport IT

John Byrnes said after the event "Today I finished my home rally in 7th position over all and 2nd in class, highest placed Limerick Motor Club competitor and awarded with the Liam Caplis Perpetual Memorial Cup. To get the opportunity to race on the same forest roads that I grew up spectating on is a dream come true. I want to give a big thank you to Limerick Motor Club and Cathal Mansell for running a top class event on very challenging stages. Top class job on the notes by Brian Grant. Top class job on the spanners by service crew Andy Purser and Paul Quinlan. A big shout out to the Cappamore crew for your support out on the stages today it was very well appreciated!
Also thanks to Martin Ryan & Sons Haulage, Fergal Grant Construction & Wheelfix.ie for the support."

Grainne Caplis was not as successful in the event, she commented on her day "Gutted isn't the word after all the hard work to get here from everyone but a tear in the timing belt has us out. Can't thank everyone who helped us get going enough. Great bunch of lads around! Huge thanks to Paul for a great job getting me through the stages and putting in savage work on the car. Liam's cup will just have to wait for another rally!"

Clerk of the Course Cathal Mansell said after the event "Well that's the Lyons of Limerick Jaguar and Land Rover Limerick forestry rally done. A massive thank you to all the marshals, time keepers that braved the elements in some very wet conditions at times today. To the stage commanders in running their stages safely and successfully. To Keith Lyons our main sponsor Lyons of Limerick Jaguar and Land Rover thanks for support throughout the event and transport over the weekend . To all our stage sponsors and local business who supported us as well thank you.To the village of Murroe and Glenstal Abbey for welcoming us into their village for the weekend I thank you. To all the competitors for joining us and supporting our event thank you. The team behind the scenes none of this would have ben possible without your support and guidance thank you all. Congratulations to our winners Josh Moffett and Emmet Sherry with a fantastic drive,
'til next time thanks again."

October 16th marks the autumn round of the Valvoline Irish Forest Rally Championship. Limerick Motor club have perfected their preparations and returned the Lyons of Limerick Jaguar and Land Rover backed event to its former heritage to run the now classic stages; “Glenstal”, “Mother Mountain“ and the altitude tipping “Keeper Hill”. The stages have been described by former event winners as being extremely technical, extremely challenging and relentless. Clerk of the Course Cathal Mansell commented, “The event preparations are going to plan. We are fortunate to be able to use same versions of stages, which were last used in 2000 under the Thomond Limerick Forest Rally name, they’re sure to be a big test on man and machine”.

Local crews confirmed to enter the event are John Byrnes, Alan Shinnors and former national champion and event winner Dermot Kelly, who all will be driving 4WD Mitsubishi Evo’s. In the 2WD category Rearcross local Grainne Caplis has converted the Corsa to gravel spec and will be co driven by Paul Murphy.

Lyons of Limerick Jaguar Land Rover will act as title sponsor for the 2016 Limerick Forest Rally. The support is greatly appreciated by the Clerk of the Course and Limerick Motorclub representative Cathal Mansell. Cathal commented, “Yes I’m delighted to announce Lyons of Limerick Jaguar Land Rover as title sponsor of the Limerick Forest Rally 2016. It’s an honour to have Ken & Keith Lyons and their well established and popular local business associated with our event”. The Lyons name is synonymous with Irish Rallying. They have always been a strong motorsport family representing and supporting Limerick Motorclub at club and national level. Keith says, “Motorsport is a big passion of ours and is also integral to the JLR brand, in particular Jaguar Motorsport and Land Rover off-roading. We are delighted that the rally is being held locally in Murroe and to be able to showcase our brands at such a fantastic national sporting event." The Limerick Forest Rally on October 16th will be the penultimate round of the Valvoline National Forest Championship and will be based in the village of Murroe with competitive stages located in the surrounding Sliabh Felim Forests. (Photo credit: Sheals Photography)

The Limerick Forest Rally will make a return to the 2016 National Forest Championship calendar on Oct 16th and will be the penultimate round of the series. It will replace the Mayo Mini Forest Rally.

The event will see a mix of new and old with a return to the classic stages format last used in 2000 and with a new event base in the village of Murroe, Co. Limerick the event will offer a competitor friendly and compact 3x2 stage route. Cathal Mansell will act as Clerk of the Course and already he and the Limerick Motor Club team are currently hard at work in preparing the final details. More updates to follow soon on www.limerickmc.ie and www.irishforestrally.com. 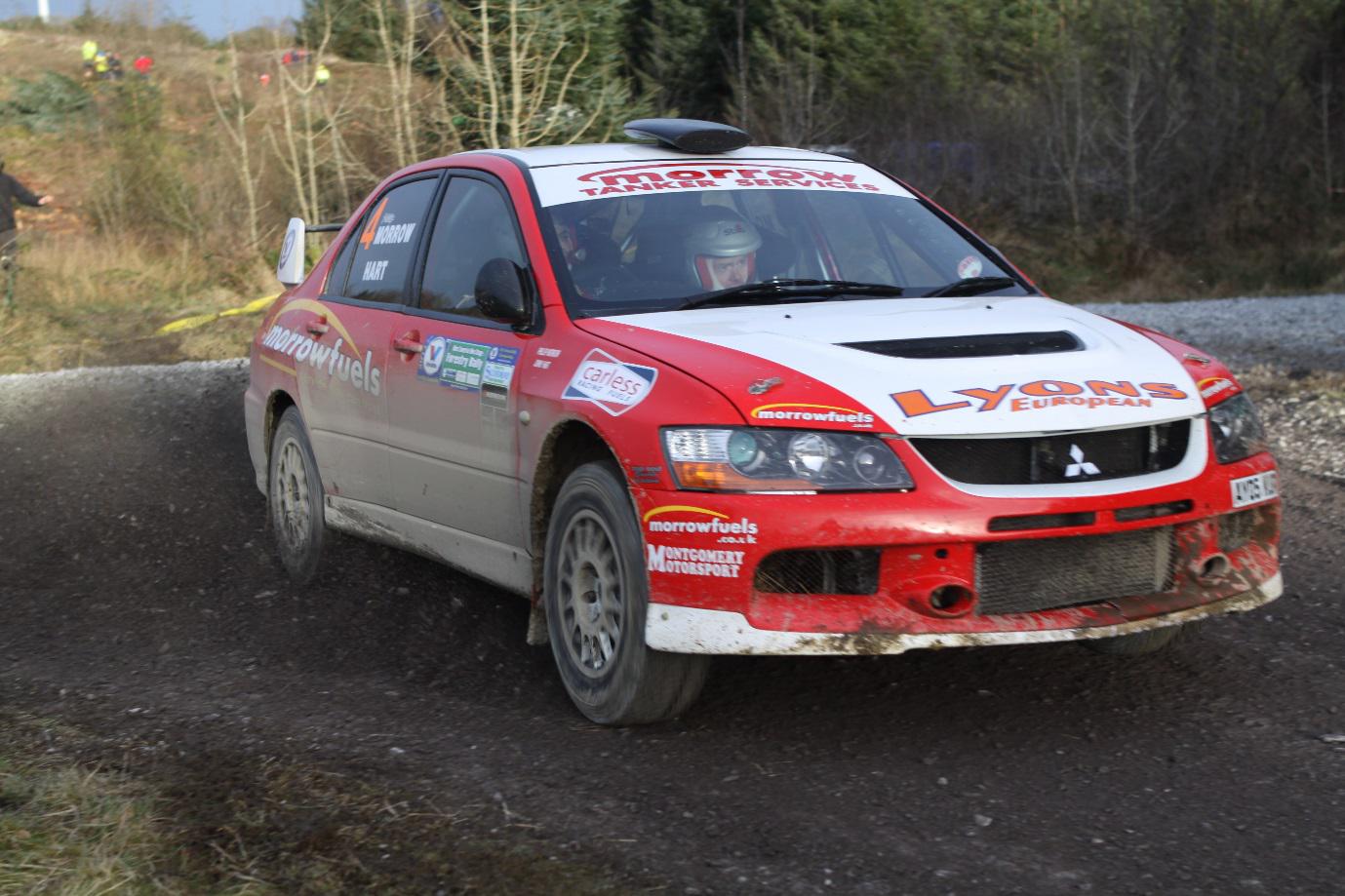