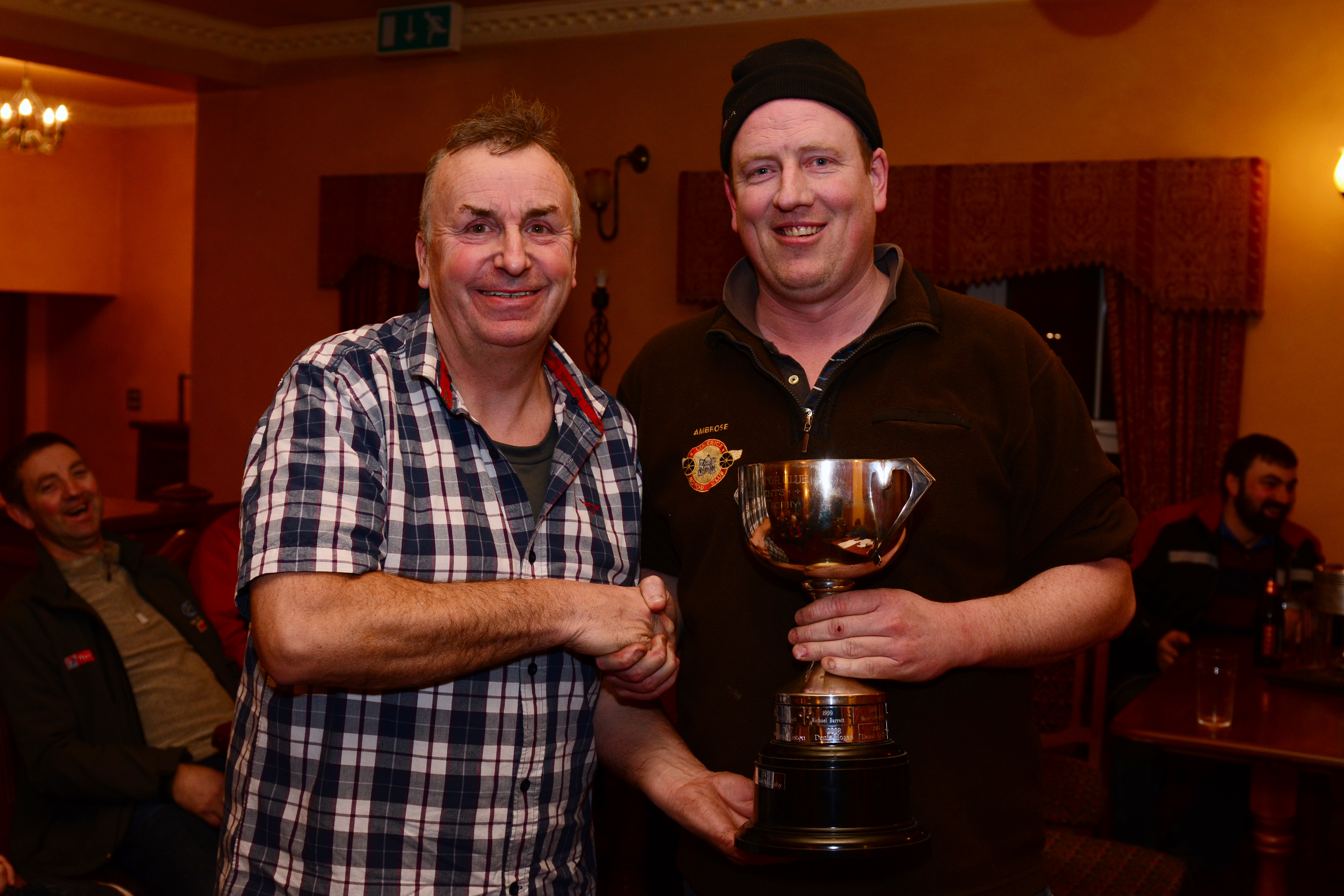 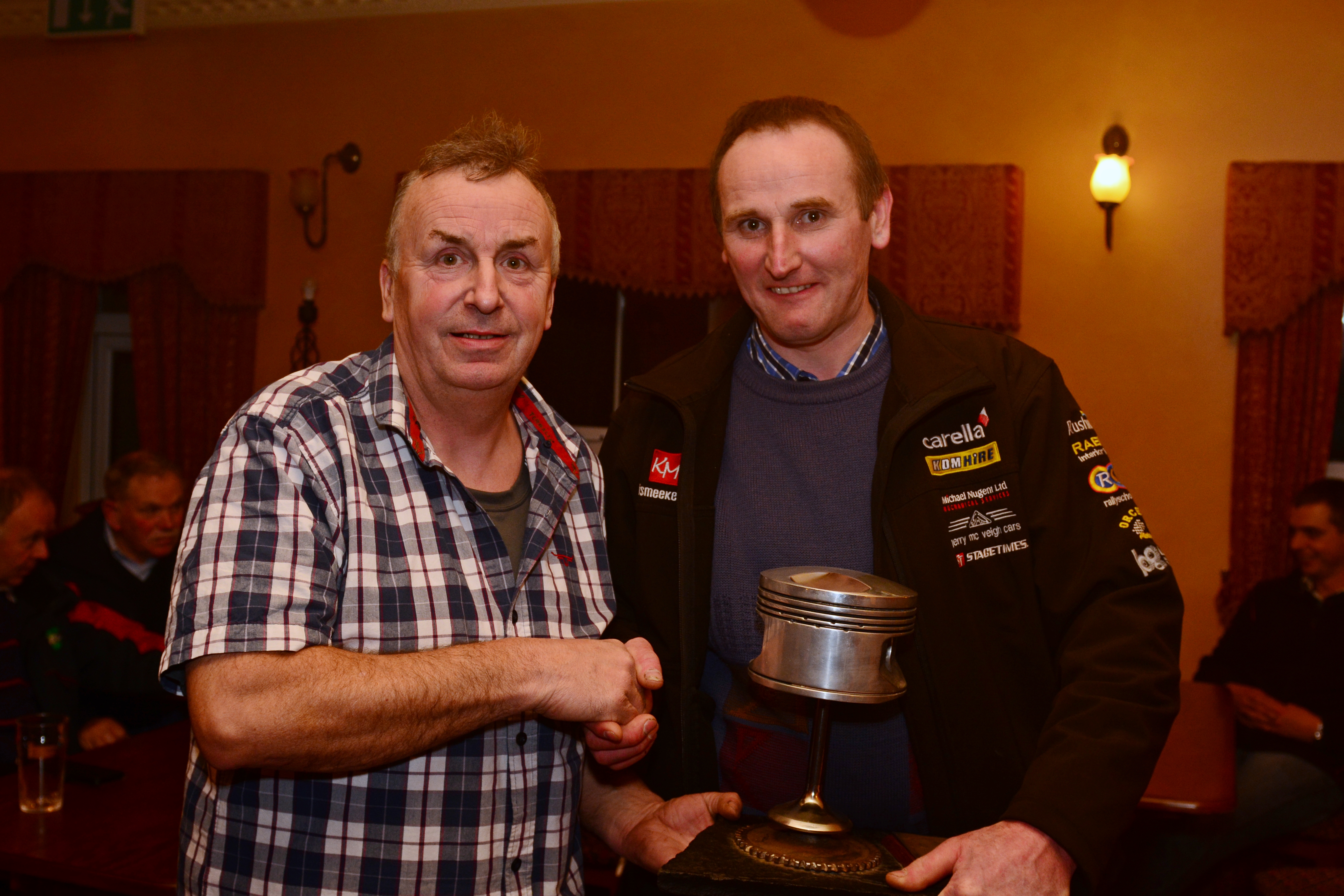 Ed Walsh with the Piston Trophy presented for best performance in a national championship. 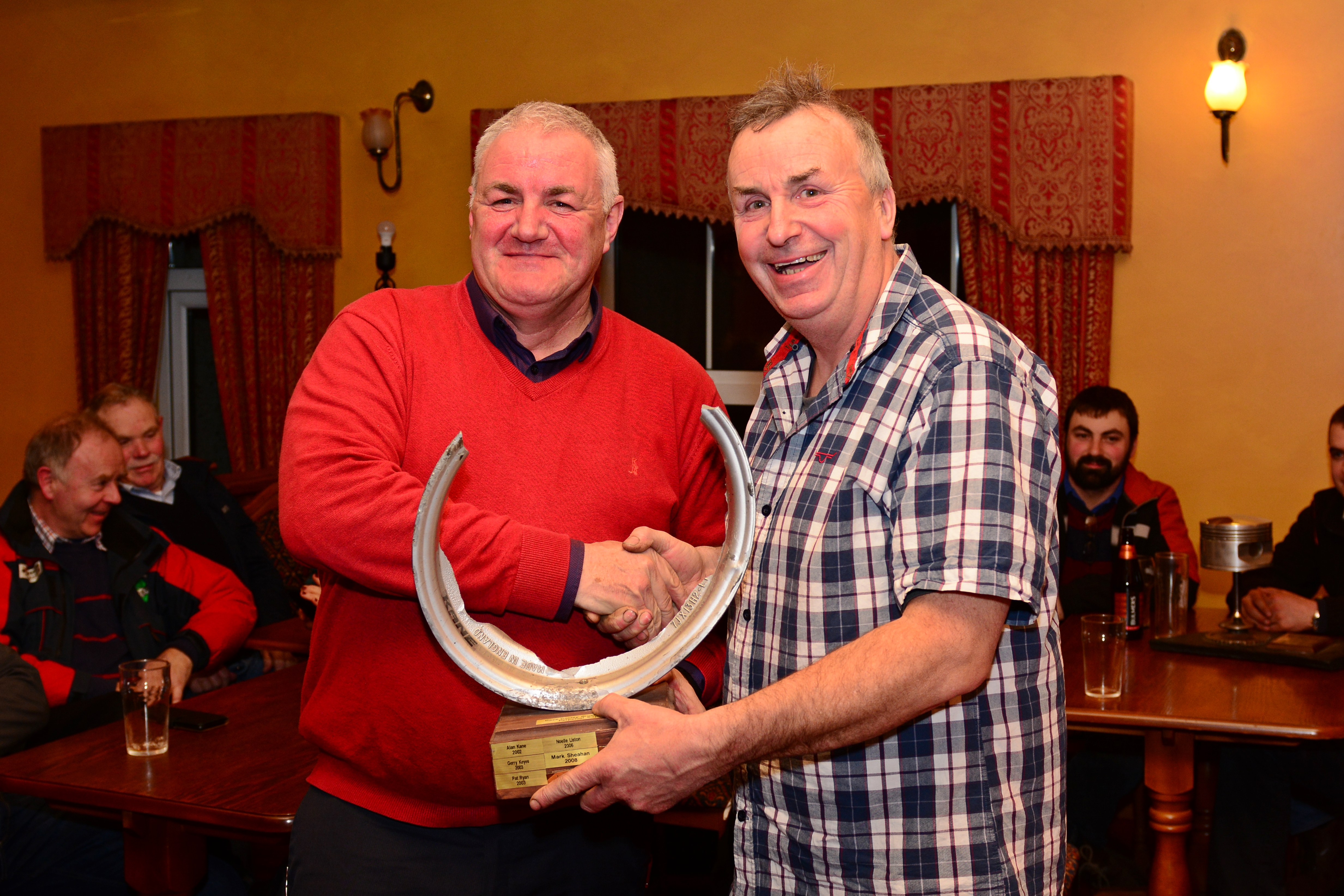 Gerry Lynch with the Broken Wheel trophy for member who has suffered a calamity during the year. 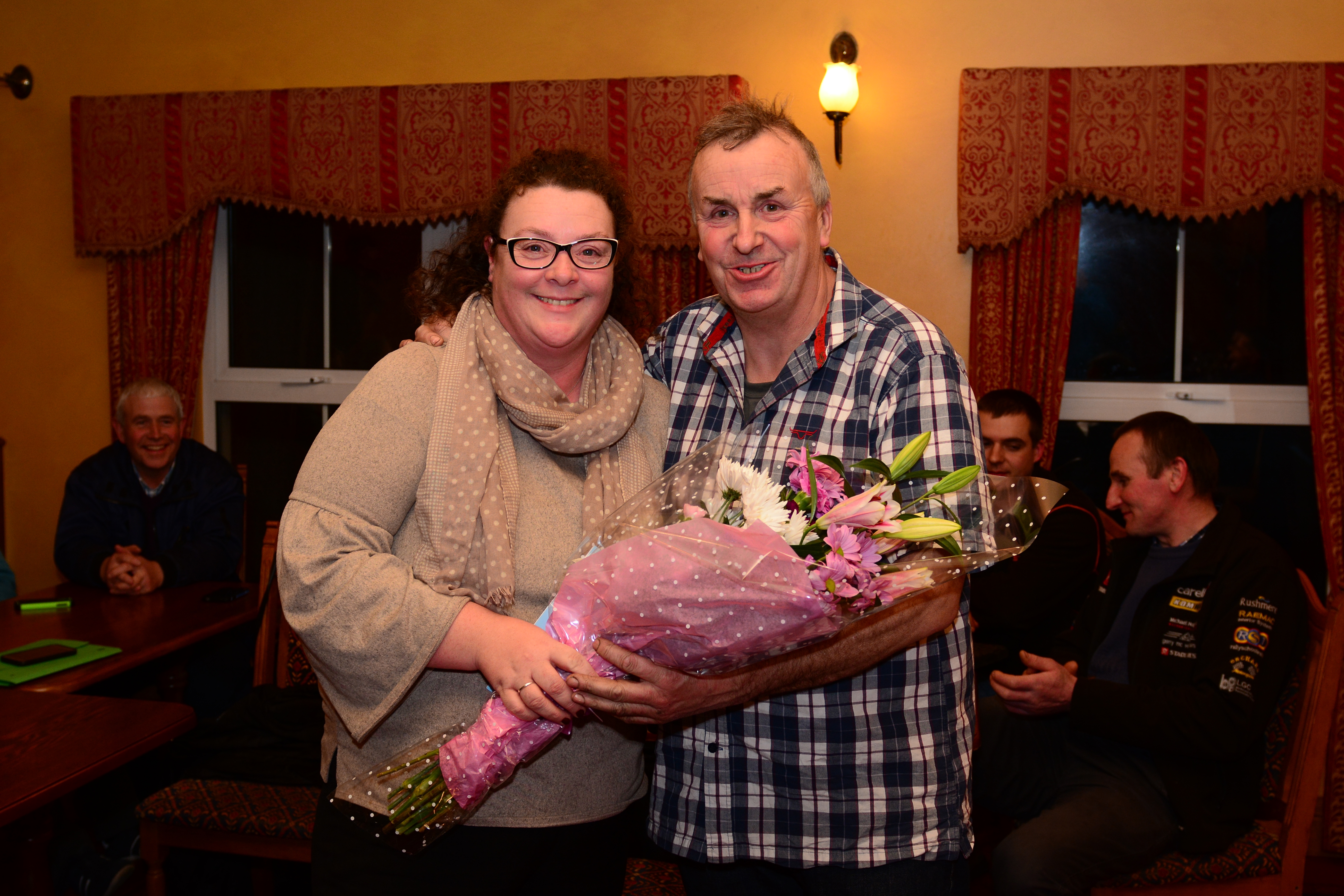 Aiden Walsh acknowledging the work done by Elaine Higgins Shinnors for the club during the year.

Photos courtesy of Alan Noonan of Rally Through a Lens