Limerick Motor club organised their annual Autotest at Barna Transport near Newcastle West on Sunday March 5th 2017.
The event was held in torrential conditions, testing the driving skills of the competitors. The competitors were required to drive three courses defined by pylons following maps supplied by the organisors. After twelve tests Ian White from Kilkenny took victory with a total time of 401.58 seconds nearly 36 seconds ahead of Don Giles from Cork.
Brothers Jamie and Marc O'Rourke from Kilmallock had a close battle all day in their shared Nissan Micra with Marc taking the class H victory in the end by less than four seconds.
Cars of all shapes and sizes were entered from the Mini Special of the winner to a €150 1999 Ford Ka entered by Eamonn Barrett of Askeaton. Other cars among the 19 entered were Toyota Starlets, Westfield sports cars and Toyota Starlet specials (cut down for lightness and visiibity when reversing).
Clerk of the course Mike Mulcahy thanked the competitors for the great day's motor sport in very difficult conditions and he especially thanked the marshals who spent the day out in very wet and windy conditions the making the event happen for the competitors.

The First Round of the Munster Autotest Championship is fast approaching, Limerick Motor Club are the hosts on Sunday the 5th of March. Venue: Barna Transport in Newcastlewest, Co. Limerick.

This is a fantastic venue, plenty of space and a smooth surface. The championship organisors have asked all clubs to design tests that are suitable for all cars this year, to give the clubman, with a standard car with a good handbrake a chance.

Below is a sample of the Tests designed for this event. Hopefully you can get your cars organised for this event to support Limerick Motor Club and the Munster Autotest Championship.

Hope to see you all there. 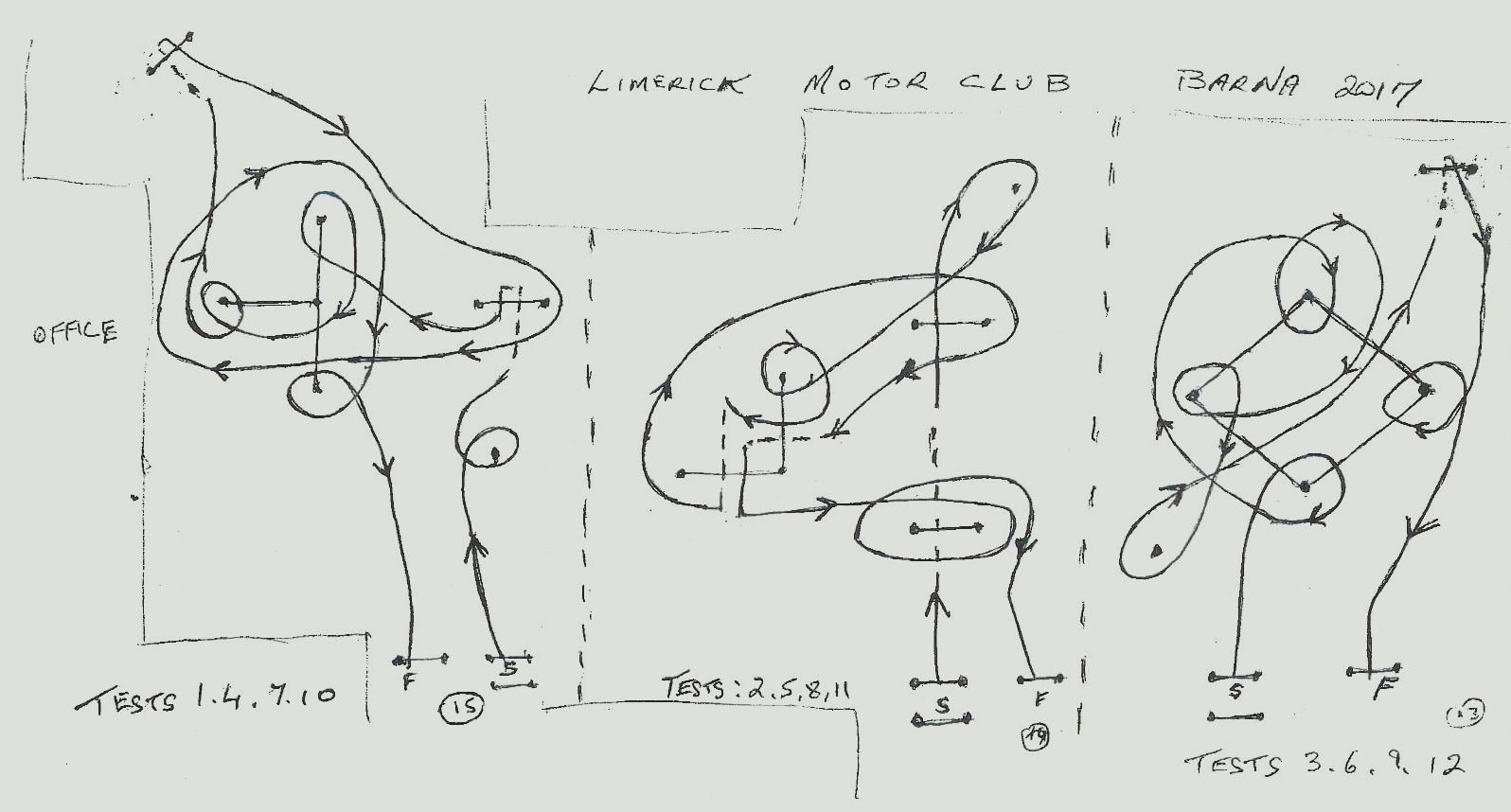 The longer version of the TDC drone video