Victory for
Josh Moffett and Stephen Thornton
in their Fiesta R5

2018 Valvoline Motorsport Ireland National Forest Rally Championship Round 2 Report
Josh Moffett & Stephen Thornton got their 2018 Valvoline Motorsport Ireland National Forest Championship back on track with a hard fought victory on the second round of the series, the Treaty Plant Hire Limerick Forest Rally. Driving a Ford Fiesta R5 they took a while to settle and were lying third until Stage 6 when leaders Andrew Purcell & Mark Wiley picked up a puncture and damaged a wheel. Moffetts stage six time catapulted him into the lead ahead of Barry McKenna & Leon Jordan with Purcell dropping 40 seconds and into third place. That was the way it remained till the finish with Moffetts Fiesta coming out on top by 13.8 seconds from McKenna’s similar car with Purcell’s Fiesta R5 in third place another 14 seconds further back.
David Crossen & Aileen Kelly made up for the disappointment of a first stage retirement on the previous round and were an impressive 8th overall and top 2WD car in their Escort. They were pushed hard all the way by Shane McGirr & Eamon Hayes in a Toyota Starlet with less than fifteen seconds separating the pair by the end of the eight stages. Mickey Conlon who took top points on the opening round had to settle for third this time around.
The Junior Category was won by Marty Gallagher & Dean O’Sullivan in a Peugeot 208 R2 who were very impressive on their way to 12th overall. Derek Mackarel and & Daire Hayes pushed them hard all day in their Vauxhall Nova and were only twelve seconds behind their rivals with both crews recovering from a non-finish on the opening round. John O’Sullivan and Padraig O’Donovan were third in the category in a Ford Fiesta R2.
The M. O’Brien Plant Hire Junior 1000 category for 15-19 year olds saw Jason Murphy take his second maximum score of the season in his Peugeot 107. Peter Beaton from Scotland pushed Murphy very hard and brought his similar car home second just 18 seconds behind. Aoife Gahan (Chevrolet Spark) was a further minute back ahead of Rory Byrne (Citroen C1).
Kevin O’Driscoll,
Press Officer,
Valvoline Motorsport Ireland Forest Rally Championship,
Email: This email address is being protected from spambots. You need JavaScript enabled to view it.
Phone: +353 86 286 6256

It is with a large smile on my face I write this brief note to announce the rescheduled date of the 25th of March has been approved for the Limerick Forest Rally. So we'll start to ramp things back up again and try having a crack at it for the second time.

I would like to take this opportunity once again to thank the clubs that helped us to make this happen Westmeath and District, Monaghan and Munster Motor Clubs, along with all the different committees and the Motorsport Ireland Commission.

I look forward to seeing you one and all join us for some fun and excitement in the woods on the 25th March.

I would be very grateful if you could get the word out there to let people know.

Update on how things are faring out on the lead in to the Limerick Forest Rally this Sunday.

We have 71 cars entered the rally at this point with a few more expected to arrive late, for those that have entered already thanks very much.

Update on stage 5
There was good work done last weekend and the few potholes have been repaired. Coillte are tidying up the end of the stage for us so all going to plan we will have the full stage to offer competitors.

So its full steam ahead from here to the weekend and who knows by the weekend we might even have an Irish version of Rally Sweden.

Final instructions and Time and Distance Schedule to be published later today.

This statement is to make people aware that myself and members of the organising committee for the up coming Limerick forest rally are aware of a lot of logging and haulage going on in stage 5 and 7 of the event.

It is going to be monitored very closely over the coming days along with working closely with Coillte and the harvesting company to plan for the event next weekend.

We will make decisions based on the plans in the coming week regarding the stage and will advise on how the progress is going.

We look forward to welcoming you all to the event next weekend.

Yours in motorsport
Kieran Ambrose 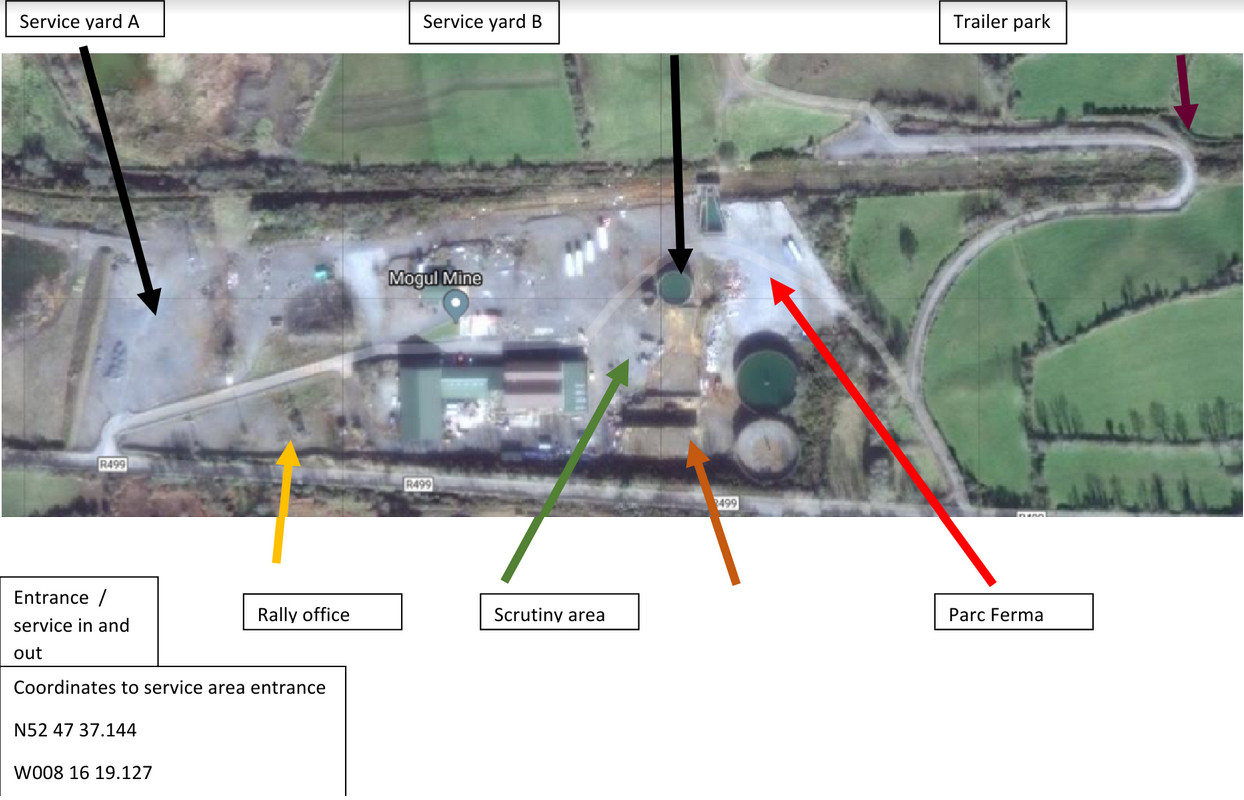 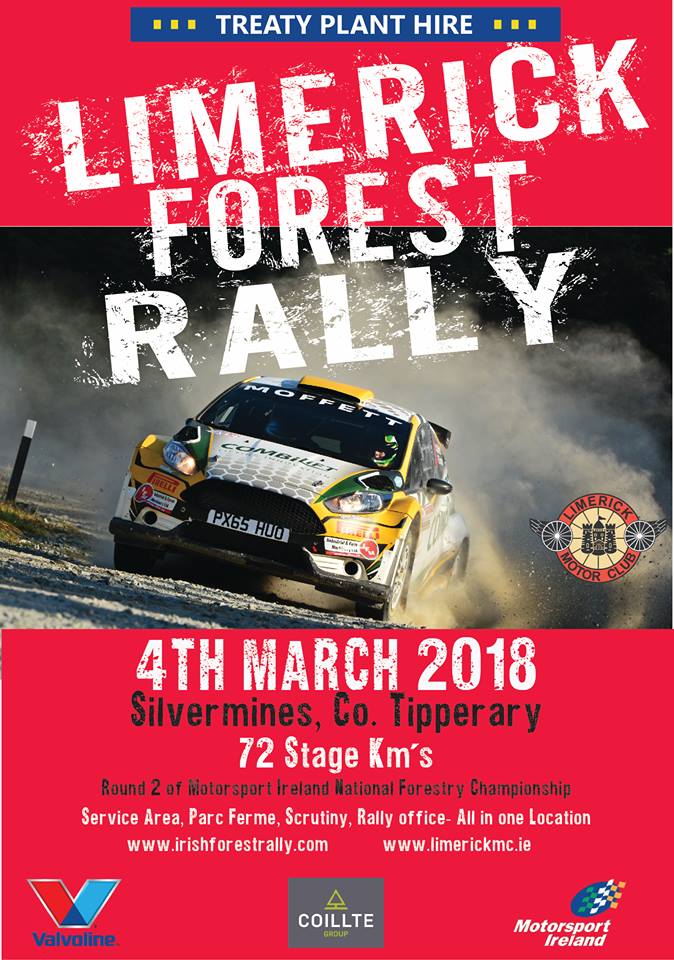 Happy new year one and all.

Hope you are recovered after your Christmas and New Year break and are ready to face into another year of high speed and high action motorsport.

We are pleased to announce the wheels are in motion for the 2018 Limerick Motor Club forestry rally in association with Treaty Plant Hire Limerick.
I would like to take this opportunity to thank Gary and all the team at Treaty Plant for their support.

Following on from the successful event ran in 2016 in Murroe we decided to rest some of the challenging stages like Glenstal and Mother Mountain to be able to keep the rally loop as small as possible while basing it around the Silvermines area.

This year the competitors will face 72 stage kilometers in 4 stage locations, the longest stage is 11km and the shortest 7.5km
Regs and entry forms to be available in the next few weeks.