Club member Ed O'Callaghan  co driven by his son Christopher had a good event keeping the lead in class 13 for all nine stages, they were also best two wheel drive. Christopher said of his day "Sixth overall, good drive dad, well done to everyone who helped out." Ed added " Thanks to everyone in the club for a job well done.super event and class stages" The remaining places on the class podium were also taken by club members Paul Purtill and his Co Monaghan co driver Paul Kelly and Frank Sweeney and his Co Clare co driver Jane Cogan.

Another start to finish class win was achieved by Kevin O'Connor and his co-driver Donal Balfe with the class 6 Citroen C2 R2 Max.

Eamonn Barrett and Ken Kenneally took the class 9 lead with a fastest time on stage 1 but after that Kenneth Ryan and Tommy Commane took charge of things to win the class by 36.9seconds.

The class 14 lead was the property of Ed Synan all day ably co driven by Denis O'Connell. Niall O'Connell and John Liston took first in class 10.

Calvin Kirby with club director Breeda Ryan on the notes finshhed third in class 2. Breeda said "Well that's my first Circuit of Munster Rally as a competitor over, and what a day we had, thanks to Calvin Kirby for the excellent spin and to top it off 3rd in Class 2! Whoop!"

Many other Limerick crews reached the finish ramp at Rathkeale House Hotel, Niall Shorten/Alan Leonard did well to reach the finish Alan reported "Front strut bolt came loose on the way to stage 4 stopped put it back in and finished the rally, the joys."

Ed and Christopher with their victory laurels

Video by permission of Gerard McCarron 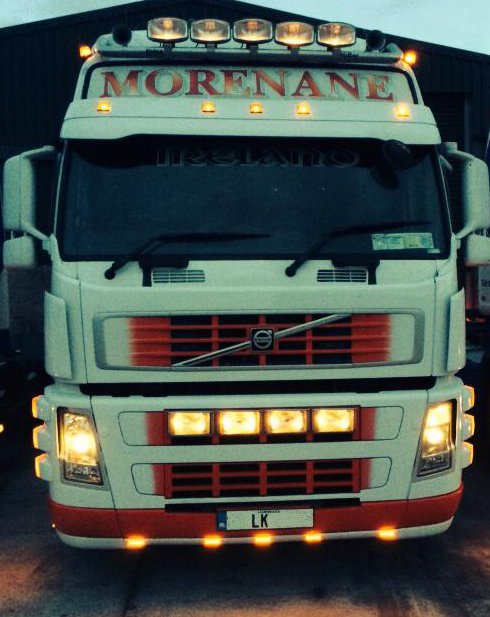 The club would also like to thank the Rathkeale House Hotel and Maxol Ireland for their very generous sponsorship.

Posted 18:15 31 June The juniors will be running in the first six stages, they will then proceed back to the racecourse and a parc ferme/ finish ramp will be there for them..

In regards to entries, Dan Barry is into give Moffett and maguire some competition in group n..
we have also recently had some phone calls from some top drivers looking to do the event in perpetration for Donegal, all will be revealed soon..

24 May 2014 Message from Bill Fitzgerald Clerk of Course

Re the circuit of Munster: Things are hotting up nicely now, we have a good strong entry and with entries still coming in.
Over 135 at the moment inc juniors.
We are doing the final PR on Monday evening, so any help we get will be very much appreciated.  Meeting at the Coach Inn, Kilcornan at 7pm.
Again any members not doing the rally please make yourselves available to help out over the rally weekend, either on the stages/service or even the rally office. The chief marshal Cathal would love to hear from you.
Programmes are ready and will go on sale on Mon/Tue in the usually shops and will be for sale at the LMC stand at the Classic/Vintage car show this weekend in Limerick Racecourse.
Check the website limerickmc.ie for any updates, and final instructions will be up there on Tuesday.
Everything happens in the racecourse on Saturday and Sunday with final control/finish ramp at the RATHKEALE HOUSE HOTEL.

Entries are coming in good and strong at the moment with nearly a full field. The official closing date for entries is tomorrow Tuesday 20th but we will still take entries for another week to allow for competitors doing Cavan, however a seeded entry list will be published prior to this weekend.

Parc Ferme will be in the enclosed yard in the racecourse and that will be the start location of rally on Sunday the 1st June. The service area is in the racecourse (two services). Admission to the racecourse/service area will be by purchase of programme, i.e. 1 programme per car. Programmes will be for sale at entrance to service and in the local shops/service stations, details to follow.

Car parking on the public roadside in the vicinity of the racecourse is prohibited, cars will be towed away.

The final control/Finish Ramp will be at the Rathkeale House Hotel – where it is hoped that if the evening is fine that the prize giving will take place at the finish ramp as soon as is practically possible. If it’s a wet evening we will go indoors.

Motorsport is a very expensive form of sport to organise, and without the generous help of our sponsors it would be impossible to run. Please support our sponsors and advertisers where ever possible.

When out and about deli’s: Mace Kildimo, Centra Patrickswell, Centra Askeaton.

The stage times for road closing and first car due will be published on the website in due course.

This is an answer to a FAQ. "Parc ferme, scrutiny, trailer park and service will all be in Limerick Racecourse this year, but it will finish up at The Rathkeale House Hotel for all the laughs and banter!!"

16 May Message from from Bill Fitzgerald Clerk of Course. "Would club members please submit entries asap as Tuesday is the deadline and we will be doing the seeding then.  Any members not competing your help will be very much appreciated, please offer don't wait to be asked!!

Online Entry at Shannon Sports IT