Limerick Motor Club has a number of perpetual trophies that are granted as the club wishes.

The cup was described in an Limerick Leader 11 June 1949 article about the first Circuit of Munster Trial as the Premier Award (Solid Silver Cup) presented by the Limerick Centre of the Irish Motor Traders Association. The names on the plaque do not correspond to the rally winners for 1966 and 1967

This cup has recently come back into the possession of the club. This trophy was presented to the club by one of the founders of the club on his departing Limerick.

From the Limerick Leader 22nd November 1948 "Mr. Kemp, the outgoing chairman, said he was really extremely sorry to be leaving Limerick in the near future. He had lived in various parts of the world but had found none so pleasant as the fair city of Limerick. He added that he intended presenting the Club with a perpetual challenge cup which will be competed for on a points system."

It was a championship award for closed club events that is events only open to club members.

This is given as an end of year award. In the 1960s is was defined as an award for performance in open club events 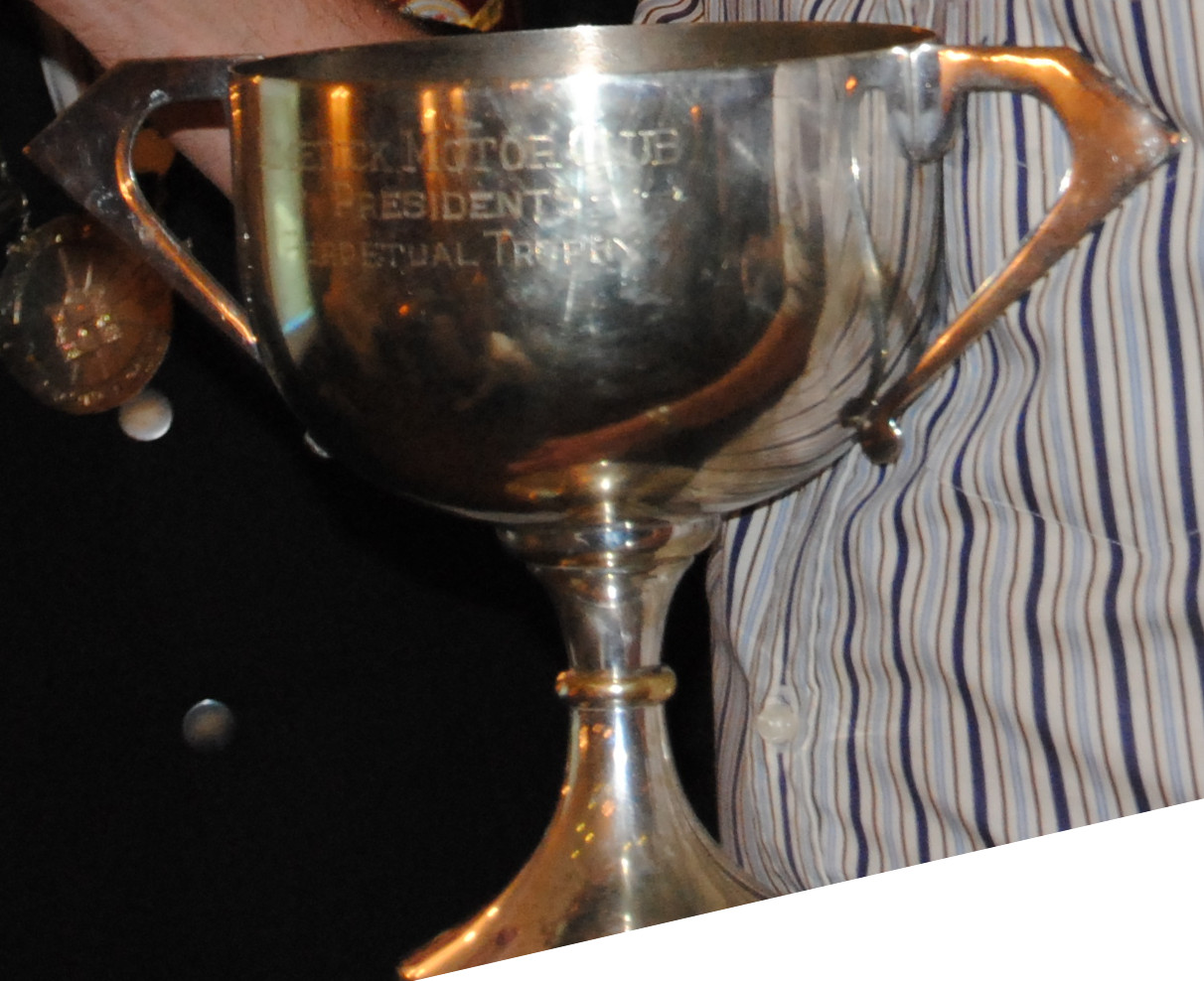 Award given at discretion of club president

Brian Sparling was a director of Limerick Motor Club and his untimely death when competing in the 1983 Thomond Rally, meant the cancellation of the second day. Aged 54 years, he was a popular competitor often in a Mini. He was a garage proprietor in Croke, Co. Limerick.

The Piston is presented to the club competitor who does best in a national championship. Pictured Paul O'Connell 2008 National Hillclimb champion receiving the award from Denis Hogan

Donated by the family of Pat Dowling. It is given to best club codriver in the Circuit of Munster Rally. Pat was an in demand codriver for a number of drivers. He passed away suddenly 20 January 1999. 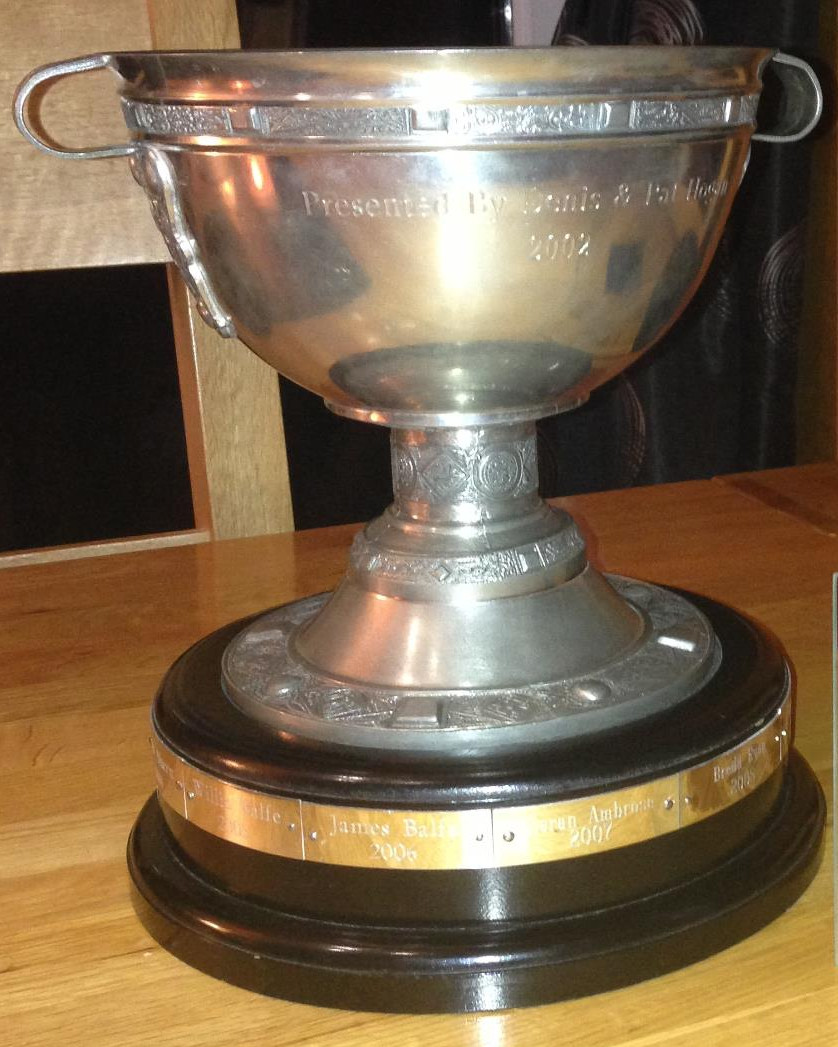 Presented by Denis and Pat Hogan in 2002

A club members award since 2006

This award was initially used for club members in forest rallies but in recent years has been given to best club member crew in the Circuit of Munster class 10. Tom died in 2007 after a long battle with injuries suffered in the 2006 Clare Stages Rally. 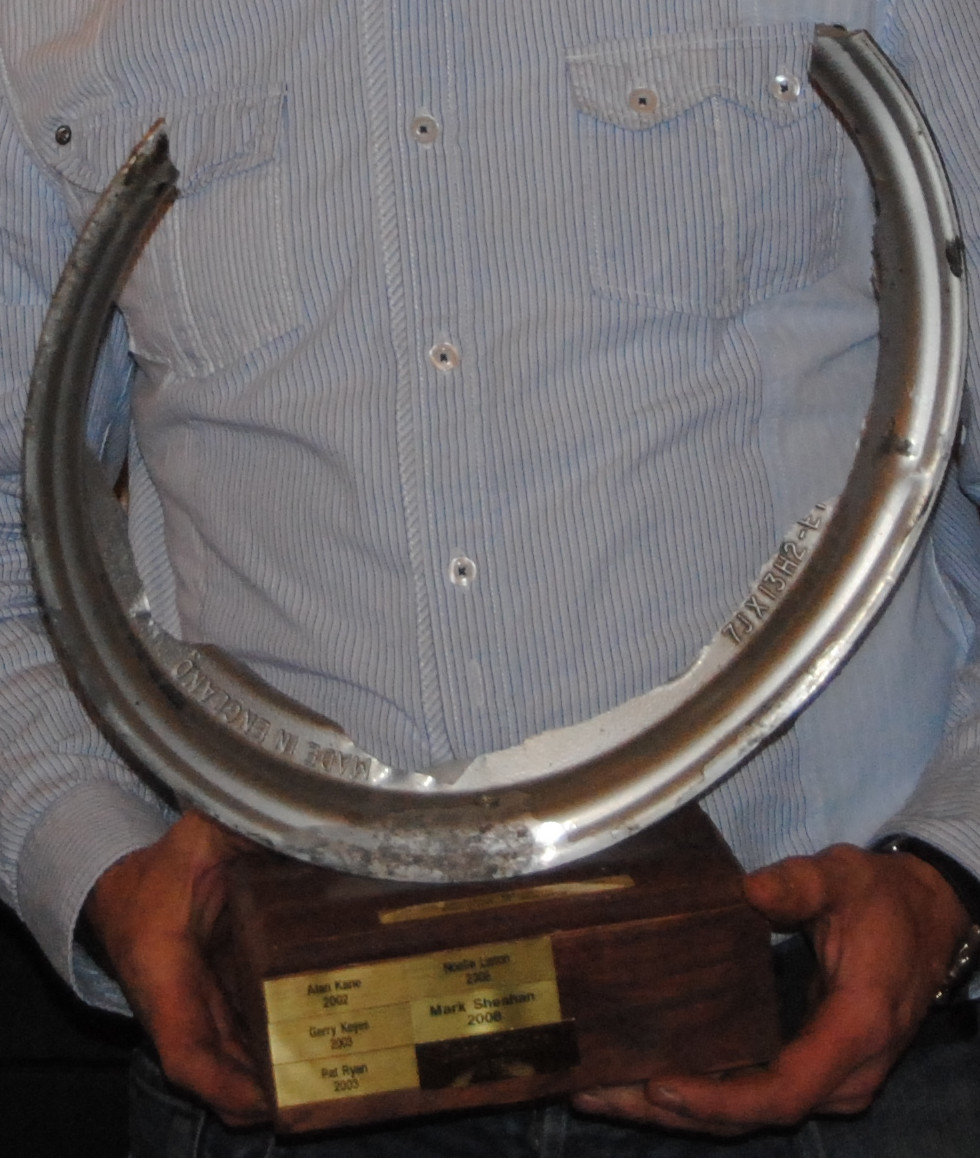 The Aquasleep Trophy This is an annual award 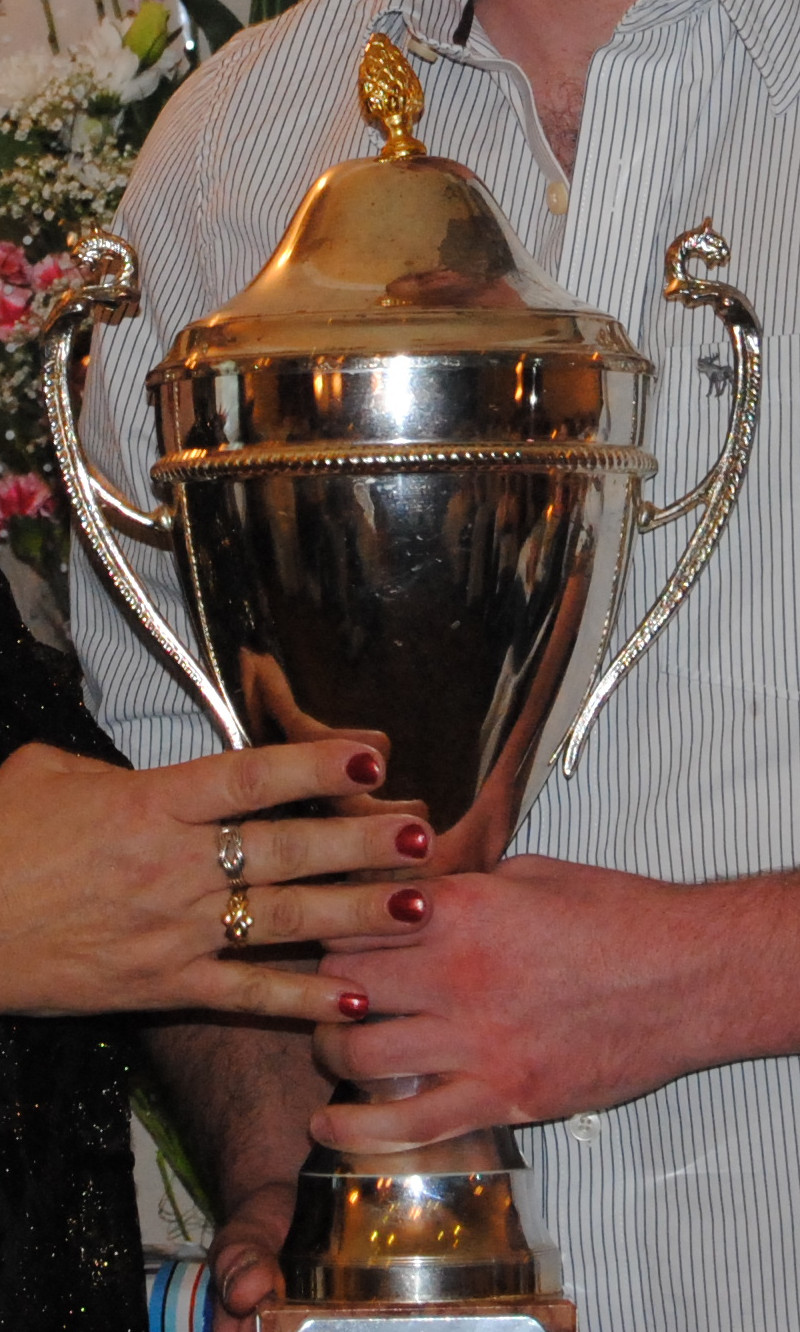 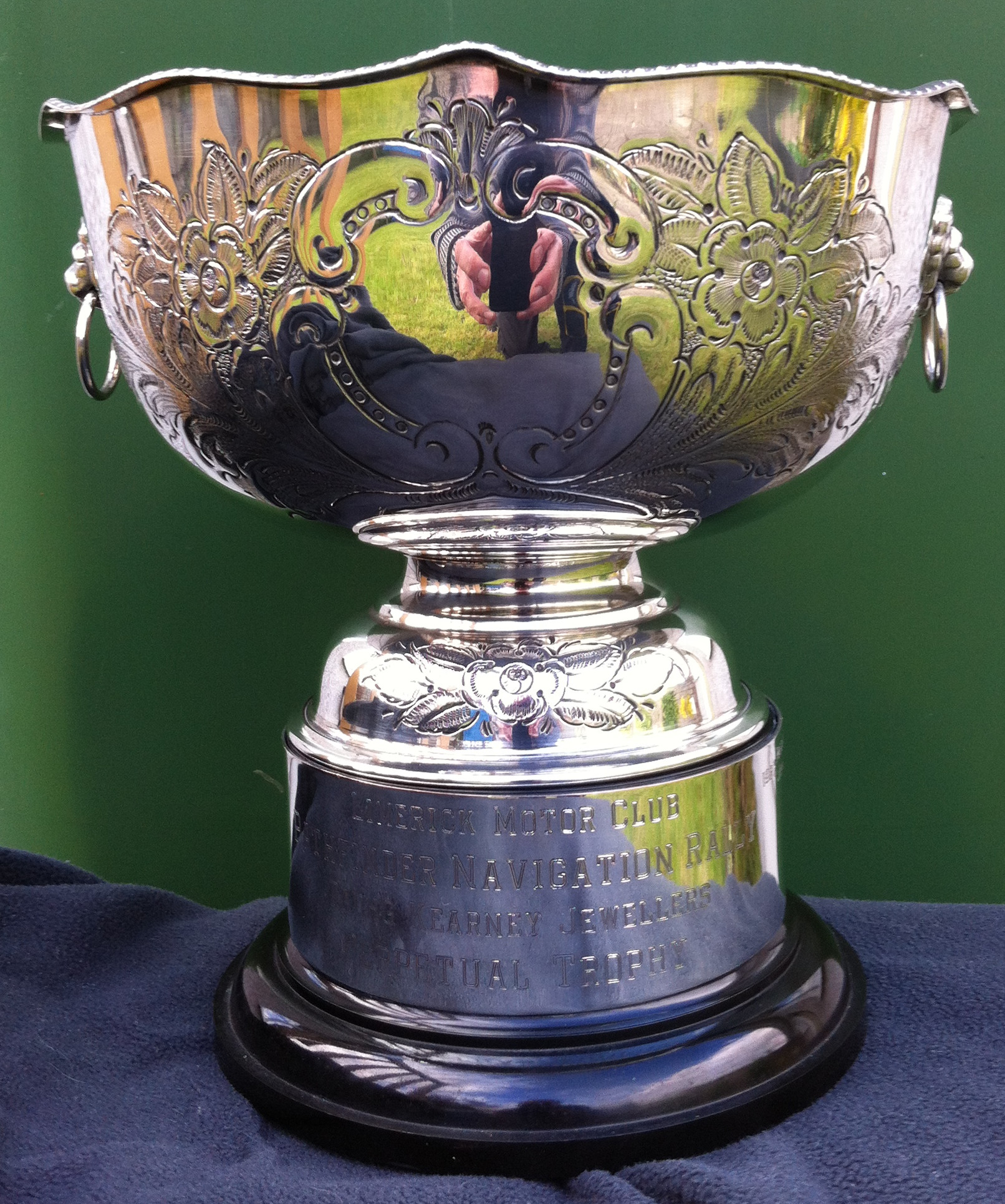 This award is for club navigation trials, presented to the club by Tadhg Kearney Jewellers, Thomas St Limerick in 1982

The Condon Brothers Trophy This a Circuit of Munster award

Ken's widow Mary presenting the award at the 2016 Circuit of Munster. The trophy is based on a page of pace notes with Ken's hand written amendments.

Research shows that other perpetual trophies were in use in the 1970s such as the Coleman Cup this was for the novice who improved best on seeding in the Circuit of Munster (2019 update the Coleman cup has been returned to the club). Also given as Circuit of Munster awards were the Elm Motors Cup for Best British Leyland (best FIAT in 1978 and 1979), the O'Callaghan cup for best VW to 1978 (Toyota from 1979) and the Bowmaker Trophy initially the winner of the Touring Circuit of Munster then for best non expert. Articles from 1978 and 1979 mention an Auto Save Perpetual Trophy for best Limerick Motor Club crew. Also from the 1979 article a best team Perpetual Shield is mentioned

An 1948 newspaper article mentions the Adare Perpetual Challenge Cup presented by Viscount Adare, the motorcycle event on same day was for the Victor Ross Cup. 1949 and 1956 reports mention the Adare Cup as the premier award for hillclimbs, it is also mentioned on the regulations for the 1962 Corkscrew hillclimb. Another award at hillclimbs in that period was the Imperial Hotel Trophy for best performance on handicap

There was also a Motor Cycle Traders Cup for the motorcycle section of the Circuit of Munster. Another motorcycle cup mentioned in a 1949 article about a hill climb was the O'Brien Cup, an O'Brien Perpetual Cup is mentioned as the Premier Award for the 1960 Circuit of Clare. Commandant J Dundon donated the Sarsfield Cup for motorcycle events.

The Billy Coleman Trophy
A newspaper article shows that this trophy was won by Martin Gallagher and John O'Keefe from Glanworth in an Escort 1.3 who improved from 28th on seeding to 13th overall