Robert Dwane takes wins nine and ten of the 2019 season

The fast lanes of Glenroe county Limerick hosted rounds 9 & 10 of the National Hillclimb and Sprint Championship run by Limerick Motor Club. This is the 3rd year in a row this looped sprint course has been used with it's incredibly tight junctions and long straights testing both engines and drivers to the limit. Competition among the field was close throughout the weekend with changeable conditions. A wet start to Saturday morning saw drivers take a cautious approach, but it was Clare man Robert Dwane in his OMS 25 who set the pace on the opening run with a time of 77.38 seconds which he lowered to a 74.99 on run 2 as the roads dried out. In 2nd place was Brian Kirwin over 10 seconds behind stopping the
clocks at 85.75 with local man Russell Stanworth in the Opel Lotus just over a quarter of a second behind taking the final step on the podium. The saloon contenders top 3 were Brian Kirwin, Aidan Courtney and Dara Fay.
With severe weather promised for the afternoon, organisers and competitors were a lot more enthusiastic to get up and running early on Sunday. The dry morning saw times fall from the previous days pace with Dwane crossing the line at 73.00 seconds setting a new course record by just under half a second. Russell Stanworth chased him home in second place with a time of 82.00 and Gary Cunningham took third getting more familiar with his new car, Z Cars Mini on a 83.61. Saloon honours this time around went to Dara Fay, followed by Brian Kirwin, and Aiden Courtney. The saloon championship has started to heat up and with only 2 rounds left it is a 2 horse race to see will Fay retain his 2018 title or will Kirwin take his maiden saloon championship victory.
With Dwane taking top spot again this weekend, that makes 10 out of 10 wins for the Tulla man so far. In doing so, he has become the 2019 Overall National Hillclimb and Sprint Champion and retaining his title from last year.
From Motorsport Ireland Website
******************************************************

Hopefully you can make it for both or even one of the two days.
Thank you.
Elaine Shinnors Clerk of the Course 29 July 2019

Limerick Motor Club are delighted to announce Barrett Autocraft have returned as our title sponsor for our annual Hillclimb/Sprint weekend. The event launch was held Tuesday, 23 July 2019 at Barrett Autocraft, Spa Road, Kilfinane, V35 X773.
Thank you to all who were there and I look forward to your support with the event.
Regards
Elaine Shinnors, Clerk of the Course 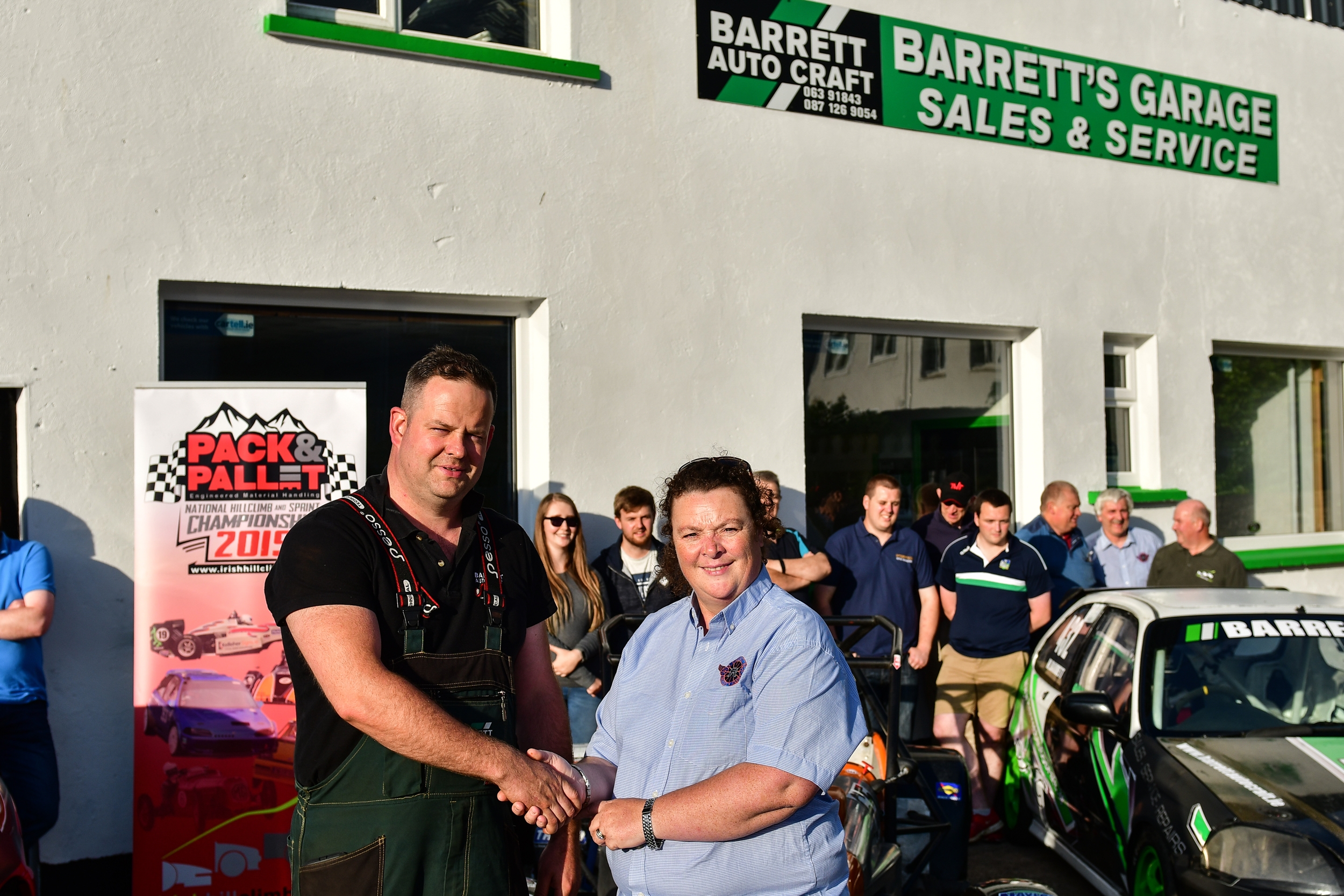