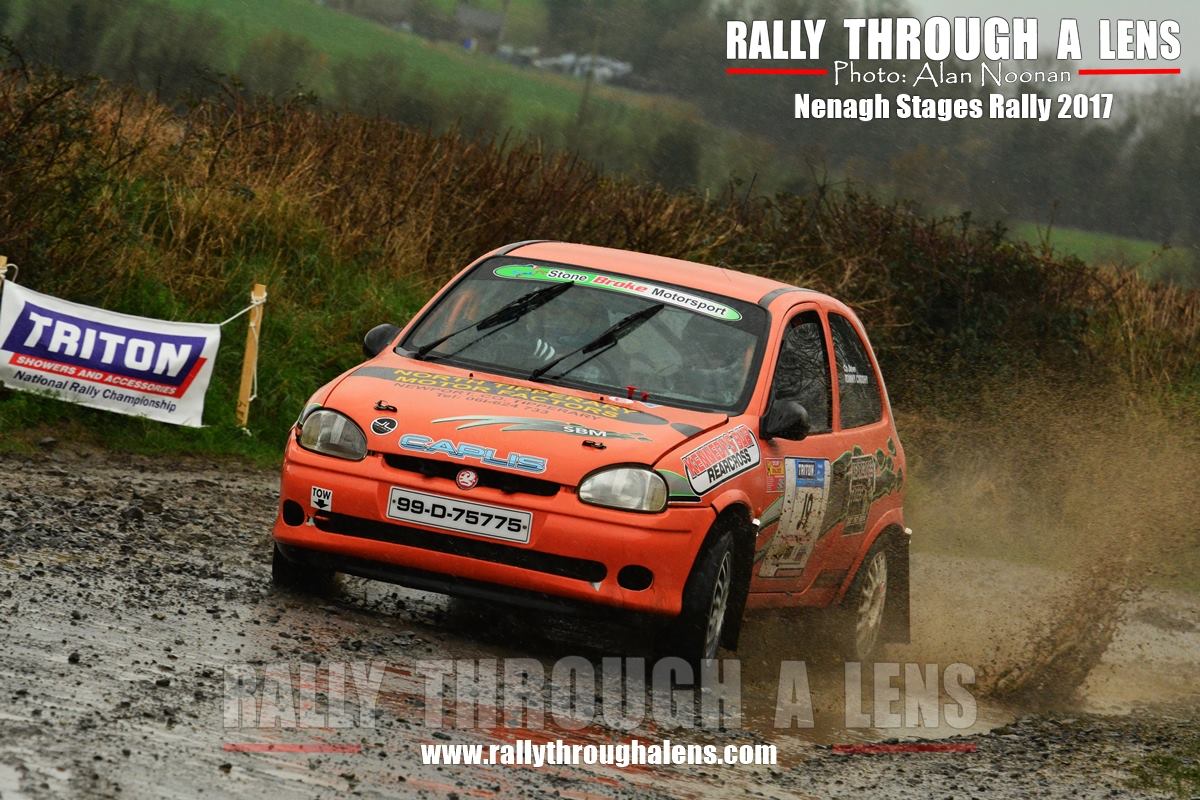 Grainne Caplis in action before head gasket problems forced her to retire after completing only two stages. Tommy Cuddihy was on the notes.